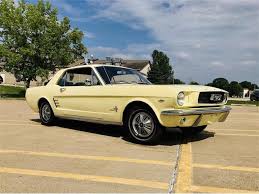 William E. “Bill” Cain, 70 of Middleport, NY, passed away after a long illness on January 9, 2020 at Niagara Hospice House.

Born on January 24, 1949, in Lockport NY, he was the son of the late Edward and Agnes (Morton) Cain; he is also predeceased by a brother, Jerry Cain, sister-in-law Beverly Cain, a father-in-law Frank Mack Sr. and a brother-in-law, Duane Bruning.

Bill worked as an over the road truck driver and worked for several companies including, Laidlaw and later on drove for other various local companies. Bill loved the outdoors, especially while hunting, fishing and working on his yard. He enjoyed fixing and tinkering in his shop and liked watching NASCAR. Bill cherished the time spent with his family and friends and took great pride in his children, grandchildren and great-grandchildren.

There are no calling hours. A memorial service will be held on a later date in the spring to be announced.

In lieu of flowers, memorials may be made in Bill’s name to: Niagara County SPCA, 2100 Lockport Rd. Niagara Falls NY 14304.

To send flowers to the family or plant a tree in memory of William E. "Bill" Cain, please visit our floral store.

You can still show your support by sending flowers directly to the family, or by planting a memorial tree in the memory of William E. "Bill" Cain