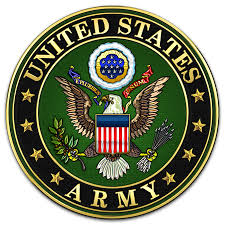 Roger A. Phillips, 67, of Medina, NY, passed away peacefully on Sunday, September 27, 2020 at the Ellicott Center for Rehabilitation and Nursing, Buffalo, NY.

Born on April 15, 1953 in Medina, NY, he was the son of Virginia (Albone) Phillips and the late David Phillips.

Roger graduated from Medina High School in 1972 and in 1974 enlisted in the U.S. Army. In the time he was enlisted until his service ended in 1977, he was stationed in Germany, Ft. Myers, FL and served as an Old Guard in Arlington, VA. and as a Motor Trans Operator, he received the honor and privilege to escort President Ford. Upon returning home, he was employed for many years with American Brake Shoes (ABEX) and Diaz Chemical of Holley, NY where he retired from. Roger was a avid outdoorsman who enjoyed hunting and fishing.

Besides his father, Roger is predeceased by his best friend of 20+ years, Steve Gould.

There are no calling hours. A private service will be held at the convenience of the family and burial will be in the St. Mary’s Cemetery, Medina, with full military honors.

In lieu of flowers, the family wishes for donations to be made in Roger’s name to: VA Healthcare for Homeless Veterans, 1325 Main St. Buffalo, NY 14209.

Arrangements were entrusted to the Bogan & Tuttle Funeral Home, 226 Pearl St. Medina, NY 14103. Please light a candle or share a memory of Roger at: www.bogantuttlefunerals.com

To send flowers to the family or plant a tree in memory of Roger A. Phillips, please visit our floral store.

You can still show your support by sending flowers directly to the family, or by planting a memorial tree in the memory of Roger A. Phillips