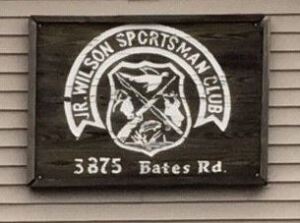 Don attended Lyndonville School and in September of 1950 he married the former Gertrude Acker and together they raised six children. Gertrude passed on December 7, 1967, on the anniversary of the attack on Pearl Harbor. He then married the former Viola Fearby who passed in 1988. He then married the former Mary Joan Dunn on April 22, 1989, making their home in East Shelby. Don had a strong work ethic that he passed down to his children. He worked for 30 years as a Supervisor at American Brake Pad and lastly worked as Maintenance /Groundskeeper for Orchard Manor and the Willows and was known for being the “Jack of all Trades”. Don enjoyed fishing, hunting and camping at Wildwood Lake. He was well known for his canning and sauerkraut, which was grown from his vegetable garden. He was a member of the Junior Wilson Sportsman’s Club and a social member of the Medina Vet’s Club. In his later years, Don enjoyed word puzzles and searches and his daily trip to Jr. Wilson’s.

Relatives and friends may call at the Bogan & Tuttle Funeral Home, 226 Pearl St. Medina, NY 14103 on Monday, May 3rd, 2021, from 11 AM-1PM, where a funeral service will be held at 1:00 PM. Burial will be private for the family. *Wearing of Masks and social distancing will be mandatory.

In lieu of flowers, memorials may be made in Don’s name to the Junior Wilson Sportsman’s Club, 3875 Bates Rd, Medina, NY 14103.

Please light a candle or share a memory of Don at: www.bogantuttlefunerals.com

To send flowers to the family or plant a tree in memory of Mark Donald Vaughn, please visit our floral store.