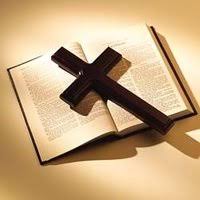 JUDITH MARTHA EHRENREICH November 23, 1938 – February 21, 2021 Judy Ehrenreich, 82, was called to heaven by our Lord on February 21, where she is now and eternally celebrating in His glory, and she is reunited with her beloved husband, parents, and sisters. Judy was born in Middleport, NY as one of four daughters and a son to loving parents John and Estelle (Boratin) Gracey. She and her siblings were raised in the family home where her parents ran their meat market and liquor store, with their children learning the values of family togetherness, diligence, hard work, and commitment. These lessons molded her into becoming the wonderful sister, wife and mother cherished by family and friends. After attending Royalton-Hartland High School in Middleport where she graduated in 1956, she worked at Marine Midland Bank. It was during this time that she met her forever love, Clayton G. Ehrenreich, Jr., affectionately known as “Junior”. Driven to provide an ideal life for their family, Judy and Clayton started a brand-new business, Medina Tire Sales, which opened in 1966. With two little children to raise and a new business to build, they experienced a life-changing event with Clayton’s diagnosis of MS. Facing an uncertain future, they turned to God who caused the disease to go into remission, blessing them with 37 more years together despite doctors’ six-month prognosis. This transformative milestone defined the rest of their lives and shaped them into the much-loved family we know to this day. Judy and Clayton built a successful business, ultimately selling it and opening another business in town before selling it to devote the rest of their lives to each other, their children, and God. Judy and Clayton were most proud of their children. Son Clayton III earned a master’s degree from Canisius, taught and tutored at Royalton-Hartland High School, and became mayor of Medina, serving the community with dignity and stewardship. Town leaders affectionately referred to Judy as the “Mayor’s Mom”. Daughter Susan (Popovich) earned a master’s degree from CBN (Regent) University, met and married husband Jim, and worked in higher education, the finance industry, and with various political and government entities. Judy and Clayton loved to travel, making several trips to Hawaii and Las Vegas. They enjoyed daily coffees with friends at Country Club and Rudy’s. Judy was a great cook and an exceptional baker, always sending tasty treats to friends, family, and church functions. Judy’s strength and resolve through the decades at the side of her husband are qualities for which she is admired by friends and family. Despite declining health after Clayton’s passing, she always shared her love with others around her, particularly in the last years of her life at Elderwood at Williamsville where many caregivers came to love her and affectionately refer to her as “grandma”. Judy is predeceased by husband Clayton, sisters Mary and Joyce, and four-legged kids Ladybird, Tojo, and Keester. She is survived by son Clayton III, daughter Susan, son-in-law Jim (whom she loved as a son), sister and brother-in-law JoAnne and John Efthemis, and brother and sister-in-law John and Marcia Gracey, and numerous nieces and nephews. Donations in remembrance of Judy can be made to St. Peter Evangelical Lutheran Church in Medina, St. Jude’s Hospital, Turning Point Ministries – San Diego, CA and In Touch Ministries – Atlanta, GA. A memorial service and interment are anticipated for late spring with arrangements to be announced at a later date. Arrangements are being handled by Bogan & Tuttle Funeral Home, 226 Pearl St. Medina, NY 14103. Please light a candle or share a memory of Judy at: www.bogantuttlefunerals.com

To send flowers to the family or plant a tree in memory of Judith M. Ehrenreich, please visit our floral store.

Services are to be announced