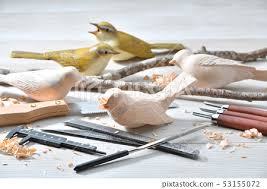 James M. Stangland, 76 of Medina, NY, went to be with the Lord on Tuesday, February 1st, 2022, at his home with his loving family at his side.

On June 29, 1968, he married the love of his life, the former Elfreda Casselman and together they raised three sons. James was employed most of his career as an union painter, having traveled all over the United States, including painting NASA in Cape Canaveral and for Disney in Orlando, FL. In 1989 he was forced into early retirement due to being injured on the job. He loved the outdoors where he hunted and fished which led him to carving birds and fish.After a fishing trip in Minnesota, the Stanglands purchased a historic hotel named "The Rex Hotel." The Rex hosted the area's first art show featuring many local artists during the Governor's Fishing Opener. The Governor and Lieutenant Governor were both in attendance. After a nine years run, they sold the hotel and moved back to the Medina area.

There are no calling hours. A Mass of Christian burial will be held on Saturday, February 12, 2022 at 11:00 am at Our Lady of the Lake Parish, St. Joseph’s R.C. Church at 38 Lake Avenue, Lyndonville NY 14098. Burial will be private for the family.

Arrangements were entrusted to the Bogan & Tuttle Funeral Home, 226 Pearl Street, Medina NY 14103. Please light a candle or share a memory of James at www.bogantuttlefunerals.com

To send flowers to the family or plant a tree in memory of James M. Stangland, please visit our floral store.