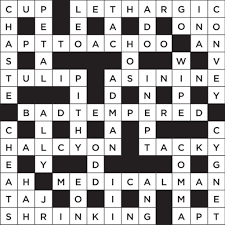 Grace E. (Higgins) Pries, 84, of Middleport NY, went home to be with her Lord and Savior on January 10, 2020, at Buffalo General Hospital after a courageous two and a half year battle with cancer.

Born on October 11, 1935 in the Town of Niagara, she was the daughter of the late William and Beatrice (Wagner) Higgins.

Grace married the late Harold R. Pries, Sr. of Niagara Falls on April 4, 1952. Together they raised eight children. She worked numerous jobs throughout her lifetime at Nabisco, Bells, Ridge Road Express, Fisher-Price and lastly at Bernzomatic, where she was an active representative for the Union. Grace also was an active volunteer at the MAAC Clothing Depot in Medina. She was a strong woman, being the matriarch of the family, loving her children, grandchildren and great grandchildren dearly. She also enjoyed doing cross-word puzzles and watching cooking shows. Grace always knitted beautiful baby blankets for all of her grandchildren and great grandchildren.

Relatives and friends may call on Wednesday, January 15, 2020 from 10am to Noon at the First Baptist Church of Medina, 203 West Center Street, Medina NY 14103, where a memorial service will be held at Noon, with the Pastor Rev. Michael Stephenson officiating. Burial will be at the Hartland Cemetery.

In lieu of flowers, memorials may be made in Grace’s name to MAAC Clothing Depot, 536 Orient Street, Medina NY 14103.

To send flowers to the family or plant a tree in memory of Grace E. Pries, please visit our floral store.