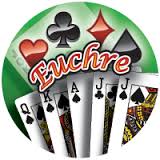 David William Schrader of Medina, New York died peacefully with close family at his side October 6, 2022.

Born February 26, 1943 in Batavia, New York, he was the son of Evalyn Mae Snell and Harold Edward Schrader. David spent all but five years of his life in Medina and married Dianne Morrell from nearby Barker, New York. Together, they raised two children—Kellie and Mark. He graduated from Medina High School in 1961 and spent the rest of his life as a commissioned salesman and manager. He started selling cars for Bokman Brothers in 1962, owned and managed The Fireplace Inn (The Green) from 1965 to 1974, managed three states for a life insurance company, sold cars and managed several car dealerships in Western New York, and was a sales manager for Barden Homes for 16 years. He retired in 2004.

David’s lifelong hobby was playing cards. He especially loved euchre, “hozzie”, pinochle, black jack, and most of all poker. His passion for poker brought him all over the East Coast, Ontario, California, Lake Tahoe, Las Vegas, and even Australia. In 1990 he finished 12’th in the World Series of Poker in Las Vegas (Seven Card Stud). Later, in 2007 his skill gained him entry to the Crown Australian Poker Championship in Melbourne, Australia. A favorite sign hung in his game room stating “A Poker Player Lives Here…With The Best Deal Of His Life.”

He also enjoyed working with wood, tile, brick, stone and concrete. He was noted for restoring furniture, building fireplaces, and installing ceramic tile. In his younger days he was a crack shot at skeet and trap and at the pistol range. In 1971 his mother bought 25 acres in the rural countryside where he, his mother, two brothers, and his sister all built houses—an area affectionately known to friends and family as “Schraderville”. He designed, drafted, general contracted, and with help from his family, completed the construction of most of his home. His greatest joy in life was watching his kids grow up with their cousins and he was especially fond of hosting the entire family on Christmas.

Besides his parents, David is predeceased by his brother and best friend Larry (Lillian) Schrader.

According to his wishes there will be no calling hours. Instead, he wanted his friends and family to have an “old fashioned Irish wake”. This informal celebration of his life will be held at the Walsh Hotel in Medina, New York from 1PM to 4PM on October 22, 2022.

David lived his life to the fullest, had no regrets, and considered himself a lucky man. He was fond of these words from Mark Twain: “The fear of death follows from the fear of life. A man who lives life fully is prepared to die at any time”.

Arrangements were entrusted to the Bogan & Tuttle Funeral Home, 226 Pearl St. Medina, NY 14103. Please light a candle or share a memory of David at: www.bogantuttlefunerals.com

To send flowers to the family or plant a tree in memory of David William Schrader, please visit our floral store.