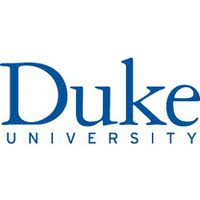 Born on September 3, 1948 in Albion, NY, he was the son of the late Carl and Wayve (Raymond) Ehrenreich.

David graduated from Lyndonville High School in 1966 and was employed at Birdseye until in 1968, when he enlisted in the U.S. Marine Corps. As a U.S Marine he was stationed in Okinawa. He returned home in 1971 and on September 30, 1972 he married the former Mari Parsels and together raised two children. David worked as a truck driver for Fisher-Price for 23 years up until their closing. He also drove for Ryder and lastly, retired as a driver for Walmart in 2002. Papa Smurf was an avid spectator and fan for his children and grandchildren. He refereed basketball for Section 5 and 6 for many years. Along with his friend, Butch Reimer, they had many fond memories of when then would referee basketball games between the Buffalo Bills and the Lyndonville teachers. He was past President of the Lyndonville Little League and also played on various softball leagues. He was a diehard Buffalo Bills and Duke University fan.

Relatives and friends may call on Saturday, July 24, 2021 from 10 AM-12 Noon, at the Bogan & Tuttle Funeral Home, 226 Pearl St. Medina, NY 14103 where a memorial service will be held at Noon. Burial will be private for the family. (Casual dress is requested by the family)

In lieu of flowers, memorials may be made in David’s name to the Lyndonville Fire Company, P.O.Box 150, Lyndonville, NY 14098.

Please light a candle or share a memory of David at: www.bogantuttlefunerals.com

To send flowers to the family or plant a tree in memory of David E. Ehrenreich, please visit our floral store.