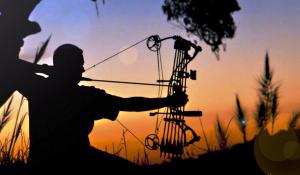 Born on August 18, 1948 in Medina NY, he was the son of the late Donald and Connie (Kowalik) Brazzell.

Bill graduated from Medina High School in 1967 and after graduation he joined the National Guard during Vietnam Era. After his service, Bill was employed with Specialty Grinding of Middleport, NY for 28 years. On July 11, 1970 he married the late Kathleen Santillo and together they raised two sons. Later on, Bill was employed with Amada Tool of Batavia NY, until his retirement in 2010. Bill continued working by driving cars for the ADESA Car Auctions of Akron NY. Bill was an avid fisherman, hunter and trap shooter and was a member of the Medina Conservation Club, Barre Sportsman Club and Cabin Range of Newfane. Also, Bill was a former NYS Bow Hunter Instructor, having taught many local hunters.

Besides his parents, Bill is predeceased by his beloved wife, Kathleen and brother-in-law Perry Kickbusch.

A Mass of Christian Burial will be celebrated at 11:00 AM on Saturday, August 3th, 2019 at Holy Trinity Parish, St. Mary’s Church with the Rev. Daniel J. Fawls celebrating. Burial will be in the Boxwood Cemetery with Full Military Honors.

Memorials may be made in Bill’s name to a charity of one’s choice.

To send flowers to the family or plant a tree in memory of William J. "Robin Hood" Brazzell, please visit our floral store.