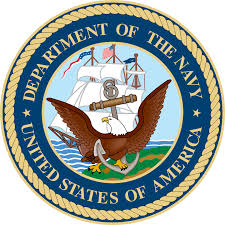 Louis D. Salen, 93, of Jensen Beach, Fla. passed away on October 5, 2019. He was born August 19, 1926 in Harborcreek, Pa. to the late Theodore and Opal (Bidwell) Salen. Louis graduated from North East High School and then served in the US Navy during WWII from May 1944 to Sept 1946. He married his beloved wife Roselyn (Muscarella) Salen on Sept. 10, 1949, who predeceased him in Dec. 2017. He graduated from Gannon College in 1950, furthered his education at the University of Pittsburgh, Alfred University and Cornell University and finished his Masters of Administration and Specialist in Education (SEA) from the Univ. of Buffalo. In 2004 he received the Distinguished Alumni Award from Gannon University. Louis started his long career in education as a math and science teacher in Greenwood, NY. He moved into a supervising principal position at Bradford Central School in 1955, then superintendent at Brocton Central School in 1962 and finally superintendent at Lyndonville Central School in 1966. In 1973 he became Assistant Superintendent in charge of Instruction of Orleans -Niagara BOCES and retired from there in 1983. In July 1986, he was recruited for the Executive Director position of the Industrial Development Agency (IDA) of Orleans County and remained there until Sept., 1989. Lou was very active in his community and church. He was involved in the American Legion (since 1946), a Boy Scout Assist. Leader in Bradford, NY, Neighborhood Commissioner, and honored for 20 yrs. Of Distinguished Service by the Lewiston Trail Council District. He was also a member of Masons in Greenwood and Bradford (became Master of the Lodge in Bradford), a volunteer fireman in Greenwood, and very active member of the Lion’s Club, which he joined in 1962 in Brocton and continued serving for almost 50 years before retiring from the Lyndonville branch in 2012 (where he served as President, Secretary and Treasurer over 15 years). His service also included: Orleans County IDA Board of Directors, Chairman of 1982 Niagara County ARC Executive Board, Niagara County CETA Advisory Board, NY State Council of Migrant Education, Orleans County Cooperative Extension Executive Board, Finger Lakes Regional Economic Development Council, Town of Yates Planning Board (Chairman for 20 yrs.), Town of Yates Board of Assessment Review (Chairman), Community Water Advisory Committee for the Town of Yates and Vlg. Of Lyndonville (Chairman), Orleans County Private Industry Council, and Member and President of Orleans Niagara BOCES Board of Education. Along with his wife, Lou was the District Representative for the American Field Service (AFS) in western New York for almost 20 years. While serving in that capacity he and Rose hosted two foreign exchange students: Erika (Ulf) Achleitner of Austria and Miguel (Clarice) Vicari of Brazil. Lou and Rose joined the United Methodist Church in Greenwood, NY in 1952 and remained active UMC members in Lyndonville. Sunday school teacher, Lay Leader, Lay Speaker were just a few of Lou’s roles within the church community. He also served as Chairman of Batavia District Laity Leadership Committee of the UMC. After retirement Lou very much loved spending time with his family and friends, and also enjoyed golfing and traveling. After moving to Florida with Rose, they continued as active members and volunteers in their church community in Jamaica Bay. Louis was predeceased by his parents; his wife Roselyn, brother Stanley, and sister Eileen (Thompson). He is survived by his children, Louann (Larry) Manning, Wayne (Nancy) Salen, Lisa (Christopher) Lima; his sisters: Bonnie (Mike) Alcorn and Peggy (David) Foster; grandchildren: Lindy Thering, Wesley (Sara) Salen, Janelle (Scott) Harvey, Aislinn Manning, Alexandria Lima, Mandy (Frank) Sarhan, Sheri Manning, and Chris Manning; eight great-grandchildren and a great-great-grandson. Lou will be remembered for his sense of humor, friendly and noble character and lively conversations about everything and anything. He had a special twinkle in his blue eyes when he smiled (which was often) that will be greatly missed. Family and friends can join in a celebration of Louis’ life on Saturday, November 2nd, 2019 at 11 a.m. at the United Methodist Church in Lyndonville, NY. Memorial gifts may be made in Lou’s name to The United Methodist Church, 102 N. Main St., Lyndonville N.Y. 14098; or to the American Legion Post 1603. Arrangements were entrusted to Bogan & Tuttle Funeral Home, 112 N. Main St. Lyndonville, NY 14098. Please light a candle or share a memory of Louis at: www.bogantuttlefunerals.com

To send flowers to the family or plant a tree in memory of Louis D. Salen, please visit our floral store.