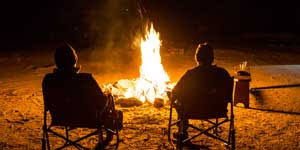 He was born on June 13, 1938, on Sour Springs Road in Medina to the late Jim Manchester and Mary (Boutin) Manchester. He resided in the area all of his life, living in Medina, Albion, and Middleport. On October 8th, 1960, he married Marilyn Lackner. They raised a family together. He spent many years working at and then operating the family business, Travel Trailer Center. He greatly enjoyed the relationships that were developed as he helped his customers to become happy campers. He was known in the community as a hard-working and well-respected business man.

Jim was baptized on September 22, 1955 as one of Jehovah’s Witnesses. He attended the Medina, Albion, and Middleport Congregations of Jehovah’s Witnesses. He was an ordained minister and greatly enjoyed speaking to others about the Bible. Many who knew Jim will remember he also greatly enjoyed being a part of the building team that assisted in building/remodeling kingdom halls. Jim loved spending time traveling with his wife, their children, and grandchildren. They spent most summer vacations camping at Nick’s Lake Campground in Old Forge, NY in the Adirondack Mountains. Many good memories were made there with treasured friends and family. Jim especially enjoyed keeping the campfire going all day. They also enjoyed winter vacations in Florida, including many trips to Walt Disney World and the beach. Jim also took great pride in his vast vegetable garden and grape vines. Jim and Marilyn recently celebrated their 59th wedding anniversary with their family.

Jim is survived by his wife, Marilyn; his children: Dawn of Middleport, NY; Todd (Leah) of Lockport, NY; Jason (Jodi) of Sarasota, FL; Kristin (Jonathan) Saulsbury of Middleport, NY; his grandchildren: Brendan and Gillian Schyve, Dominic James Manchester, and Jianna and Jaydan James Saulsbury; sibling, Ron (Joyce) Manchester of Vero Beach, FL; as well as other relatives and friends. He was preceded in death by an infant daughter, Lynette.

The family will receive friends on Saturday, November 23rd from 1 to 3 pm at the Kingdom Hall of Jehovah’s Witnesses, 3830 Stone Rd., Middleport, NY. A memorial service will be held at the same location at 3pm for any that wish to attend.

In Lieu of flowers memorial donations can be made in Jim's name to the family or the Kingdom Hall of Jehovah’s Witnesses at 3830 Stone Road Middleport, NY 14105.

To send flowers to the family or plant a tree in memory of James W. Manchester Jr., please visit our floral store.